Haven’t had a chance to update yet, we’re working on the post now – but L. is BACK IN CHINA! 🇨🇳

Yep, after 29 days of mandatory, government-monitored, in-hotel quarantine and another week of self-quarantine, she has settled in and is back to life as usual. 🥰

Yesterday she got a chance to grab Chinese BBQ with a friend, and it was delicious! Just the right kind of spicy. 😊 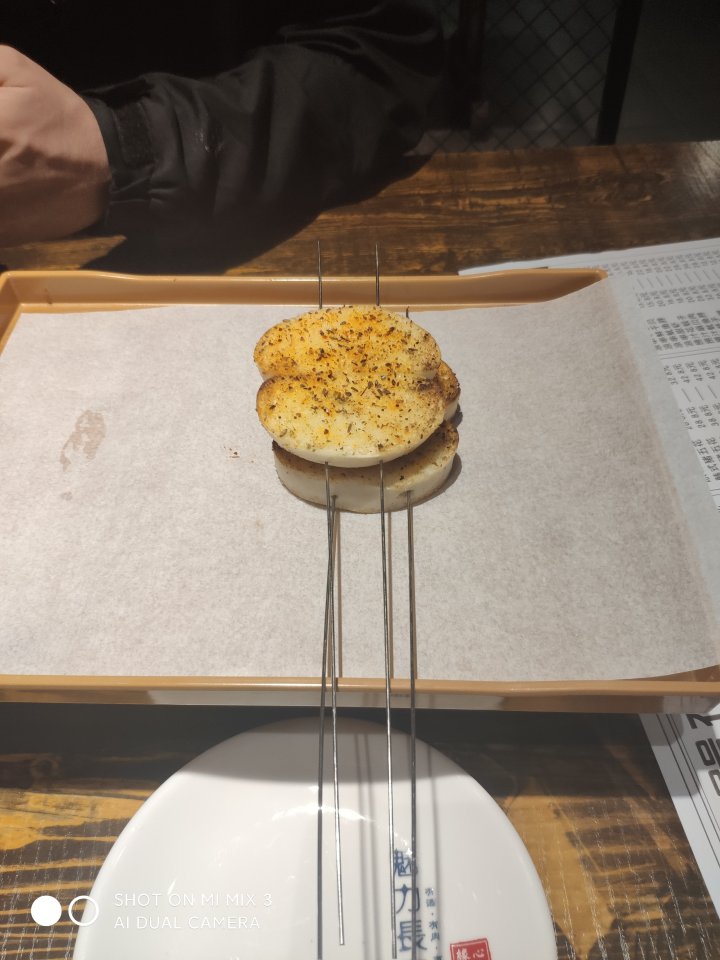 Even the bread is spicy 😅 We used to get this kind of bread in Henan (a more central province) with shreeded pork and peppers to make sandwiches. It’s kind of dry (the bread is crunchy) but good. Oddly flavored if it’s your first try.

Unlike Korean BBQ whch is usually grilledin a pan, Chinese BBQ comes on sticks that are pre-grilled or put over a table grill. We grabbed lamb, chicken, and beef 👍🏻

We also got some onion (the green sticks) and grilled tofu.

These are spicy peppers on their own and then grilled in red pepper. L and her friend went through 2 waters and a beer each eating them 😅. They are really good though.

Not pictured was some excellent fried rice!

The taste is different – the red pepper coats everything so it all has a bit of a grainy texture, kind of like using a pepper grinder than isn’t finely ground. The meat pieces are tiny, but tasty. It’s good to order more rather than less. 😅

Have you tried Chinese BBQ? What do you think?!